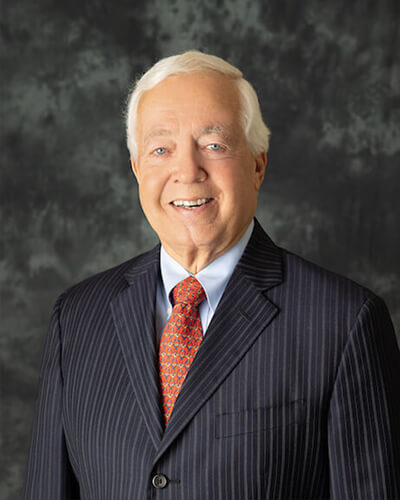 Mr. Middleberg is a longstanding member of the Louisiana legal community. He has extensive experience representing government entities, and has overseen the firm’s representation of clients developing multi-million dollar real estate and industrial projects in Louisiana, as well as representing large shopping centers in all construction matters. In addition, for over forty years, Mr. Middleberg has dedicated himself to the support of education. Mr. Middleberg manages our New Orleans office.

Background:
Mr. Middleberg was an Assistant City Attorney for the City of New Orleans from 1973 to 1981 under the administrations of Mayor Maurice Edwin “Moon” Landrieu and Mayor Ernest N. “Dutch” Morial where he was in charge of real estate and construction litigation. He served as General Counsel to the New Orleans Aviation Board from 1994 to 2003. He was primarily responsible for overseeing two hundred million dollars of new construction and renovations and all of the airport’s regulatory matters.

In the Metropolitan New Orleans area, Mr. Middleberg has overseen the firm’s representation of clients developing over 1,000 hotel rooms, and zoning and permitting issues for major real estate projects in Louisiana, as well as representing large shopping centers in all type of construction matters.

In his commitment to education, Mr. Middleberg has founded an endowed scholarship at the University of Southern Mississippi; is a former President of the University of Southern Mississippi Foundation, Board of Directors; is Co-chairman of the Policy and Planning Subcommittee of the Visiting Committee of Loyola University School of Law in New Orleans; and serves on numerous local non-profit boards. He is also a board member and Finance Chair of Riverside Military Academy in Gainesville, Georgia